A district court in western Kansas has ruled that the chief engineer of the Kansas Department of Agriculture Division of Water Resources acted properly in approving a water management tool proposed by the Northwest Kansas Groundwater Management District No. 4 (GMD 4) to aid in local conservation efforts to extend the life of the Ogallala Aquifer.

A district court in western Kansas has ruled that the chief engineer of the Kansas Department of Agriculture Division of Water Resources acted properly in approving a water management tool proposed by the Northwest Kansas Groundwater Management District No. 4 (GMD 4) to aid in local conservation efforts to extend the life of the Ogallala Aquifer. On October 15, 2019, the Gove County District Court upheld the adoption of a Local Enhanced Management Area (LEMA) in much of the district.

The case, Friesen v. Barfield, was filed under the Kansas Judicial Review Act after two public hearings were held by Chief Engineer David Barfield who then approved adoption of the LEMA. The case was brought by multiple petitioners who are required under the LEMA plan to reduce the amount of groundwater withdrawn over the next five years. Petitioners challenged whether the reductions in water use can be made without those cuts being based on priority (date the water right was approved) and generally challenged the lawfulness of any cuts or use of a LEMA.

In 2012, Groundwater Management Districts were granted the authority to recommend the adoption of a LEMA in order to implement local water conservation goals through the adoption of control measures recommended in their plan when conditions demonstrate a threat to groundwater levels, rate of withdrawal, or water quality. The LEMA process involves meeting specific statutory requirements and holding public hearings before approval by the chief engineer. A LEMA management plan typically requires reductions in water use to achieve the water conservation goal, aimed at extending the life of the local aquifer.

In the case of Friesen v. Barfield, plaintiffs challenged both the specifics of this management plan and the constitutionality of the LEMA statue in general. The court ruling this week found that the “GMD 4 District Wide LEMA should be upheld. The LEMA Plan restrictions do not appear to be unconstitutional on their face or as applied. There is substantial evidence backing the agency’s decision and therefore it is not arbitrary or capricious.”

The first LEMA in Kansas, known as the Sheridan 6 LEMA, was approved in 2012 in the Sheridan County area. It was extended in 2017 for the years 2018-2022 after data from the Sheridan 6 LEMA strongly indicated that the water use goals in the area were met, and that significant indicators showed the conservation efforts had slowed the decline of the water table in the region. “The LEMA has been a very successful tool for our district and we plan to utilize them to extend the life of the aquifer,” said Shannon Kenyon, GMD 4 district manager. For more information about LEMAs in Kansas, including more detail about the GMD 4 LEMA, visit agriculture.ks.gov/LEMA or call KDA-DWR at 785-564-6640.…

On June 28, 2019, Ray Luhman retired as manager of the Northwest Kansas Groundwater Management District No. 4. Ray had worked for GMD 4 for 40 years, joining as assistant manager in 1979, and serving as manager since 2015. Ray has been a large part of the service provided by the District to its water users and a strong and effective advocate for the sensible water management of the District.  In his years as manager, Ray led his district through the process of establishing the first, and thus far only, groundwater management district-wide local enhanced management areas (LEMA) in the state.

The success of GMD 4’s two LEMAs was greatly attributed to the water users’ trust in Ray. Visit the GMD 4 LEMA website or go directly to GMD 4‘s website to learn more.

Congratulations and best wishes to Ray. 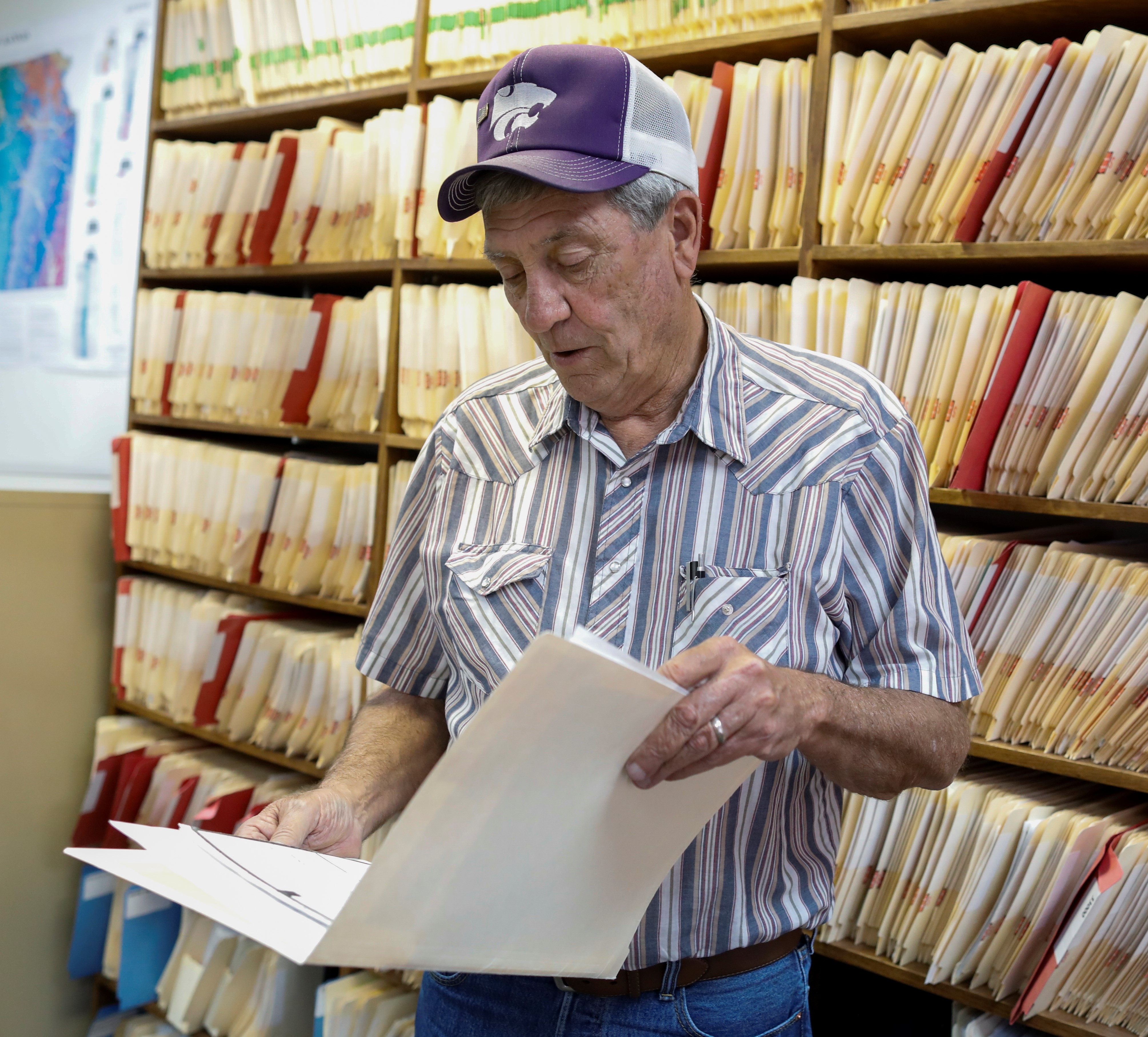 On June 13, 2018, a petition for judicial review of the GMD 4 District-wide Local Enhanced Management Area (LEMA) orders was filed in Gove County District Court along with a notice disputing the validity of K.S.A. 82a-1041 (the LEMA statutory provisions).  The case has now been fully briefed by the parties and is awaiting a decision by the Court. Copies of the briefs are available on KDA’s web site in the table titled Friesen vs. Barfield at:  https://www.agriculture.ks.gov/GMD4LEMA.…

The judge determined that that Chief Engineer lawfully delegated the ability to set and review LEMA allocations via the LEMA’s management plan to the GMD.

The judge’s order is on KDA’s web page for the GMD4 LEMA.  A direct link to the decision.

This leaves Friesen vs. Barfield as the last remaining court challenge to the GMD4’s LEMA.

Our GMD 4 LEMA web page has been restructured and updated to improve the tracking of the two pending litigations at: agriculture.ks.gov/GMD4LEMA …

A second request for judicial review related to GMD 4’s Local Enhanced Management Area (LEMA) has been filed, this one in Thomas County and focused on the ability of GMD 4 to make final decisions related to setting allocations for particular plaintiffs. Posted at: http://www.agriculture.ks.gov/GMD4LEMA.

Stay Up To Date